Meria With Eric Williams -The Puzzle of Auschwitz 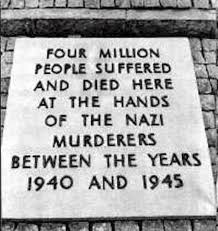 3/22/07 Eric Williams was kicked out of a 9/11 conference for being a holocaust denier. Was he? Meria addressed that accusation in her speech at the same conference (see video on youtube of 9/11 Accountability Conference, Chandler, Az). We discuss his well researched book with genuine questions about the story we got vs. the truth “The Puzzle of Auschwitz – An Open Investigation  into What is True About the Holocaust and What is Simply Propaganda Used to Push Forward The New World Order”. The U.S. has already killed over a million Iraqi’s, the Israeli’s have decimated the Palestinians. Why is one “holocaust” worse than another? Could it be propaganda from the OWO?

No one should be chastised or shunned for their own opinions or for going against the Zionists. Jesus , a Jew would have taken the Zionists on too.