Meria With James Douglass “JFK and the Unspeakable”

Posted about 15 years ago | 3 comments 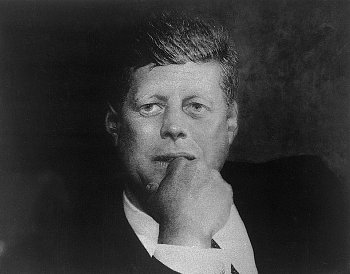 8/8/08 Meria interviews author James Douglass on his EXCELLENT book “JFK and the Unspeakable, Why He Died and Why It Matters”. The assassination of Martin Luther King Jr. got James started. The theology of peace; Conspiracy Parallels; JFK Records Act, 1992; no doubt the CIA was responsible? Why? Jim Marr’s work; 1963-biggest coup in recent history; Jackie’s statement that was released in 1995 and the Warren Commission’s deletion of it; Jackie’s note to the Soviets show she knew it was an inside job; Kennedy on Laos & Vietnam; The assassination plan in CHICAGO for 11/2/63- almost identical plan; Alerted by “Lee” was it Oswald? Why was the Secret Service withdrawn from JFK in Dallas? JFK’s premonitions; Krushchev & Kennedy’s secret correspondence; 2 Oswalds; Robert Vinson and Abraham Bolden; enemies within; “Splinter the CIA”; CIA has control of the govt; partial nuclear test ban treaty; Henry Cabot Lodge – Vietnam was his war; Bobby’s death; Truman on the CIA; JFK’s turning Americans to peace .

3 Responses to "Meria With James Douglass “JFK and the Unspeakable”"