Posted about 9 years ago | 12 comments 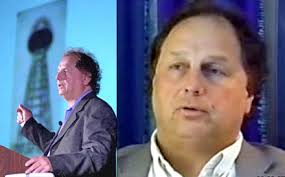 5/6/14 Meria Interviews Physicist and Mathematician James McCanney M.S.  The Electric Universe and how it really works and affects us; sleepless night? Meteor storm;the Sun controls our climate; Obama is not president he’s middle management; the bankers control the world; climate change or climate control? does the Sun turn off at night? What happens if it turns off altogether? long term climate change -absurd;global cooling is more like it;weather is being controlled and steered; recent “storms”; Katrina; Sun’s heat comes from fusion at it’s surface and the energy is variable;HAARP & chemtrails are real; his work in Russia in the 90’s; laser satellites and how they are used for weather warfare;controlling water – control everything;Was California’s water blocked? Peak oil and fossil fuel theories are absurd;oil is not finite; the human body as an antenna in a vertical electrical field;Oklahoma earthquakes manmade;Gates-Clinton-New Orleans;President elections are a dog and pony show; the hierarchy of control; “action at a distance” is all it took for the global flood; comets and comet tails; be prepared for anything and nothing; and lots more.

No advertising, government or corporate funding (or control). Just your subscription which gives you access to entire site 24/7.

12 Responses to "Meria with James M.McCanney, M.S. The Electric Universe"