Posted about 17 years ago | 3 comments 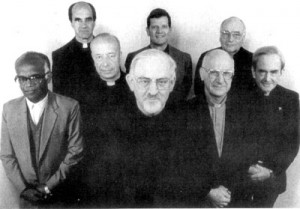 The forbidden and hidden..

5/25/06 Part two of the interview by Meria Heller of Eric Jon Phelps author of “Vatican Assassins, Wounded in the House of My Friends”, still the pre-eminent book on the Jesuits. the black Pope; who are members of the Jesuits (some of your favorites perhaps); the sinking of the Titanic, not an accident; the Titantic and the passing of the Federal Reserve Act; JFK; Allen Dulles, Castro; Arlen Specter; is China the sword of the Jesuits for the 21st Century?