Meria With Phillip Tourney – Survivor of Israel’s attack on the U.S.S. Liberty 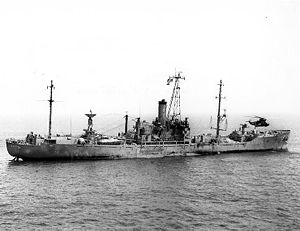 2/6/08 Meria interviews a survivor of Israel’s attack on the U.S.S. Liberty, Phillip Tourney. Hear the story from someone that was THERE; PTSD; Israeli’s and our government stabbed their own in the back; Recon planes clearly marked with the Star of David; Radio transmission ID’s ship as American USS Liberty AGTR5; Were they a spy ship? What was the crew doing at the time; NAPALM dropped on them; SOS picked up worldwide; Johnson had McNamara call back the aircraft aid to them; why?; How did Johnson know it was Israeli aircraft? Transcripts have now been released; 5 torpedoes fired at them; the rafts; many war crimes committed that day; No congressional investigation to date; McCain’s and Bush’s involvement in cover up; crewmen gagged with threats; Israeli reparations; We paid for them!; “anything going on in the Middle East, Israel is behind it”; real patriotic family; leaders are cover up artists; why are we supporting Israel?; Palestine – largest concentration camp in the world and more.