01292023Headline:
Home Civil Liberties - Human Rights Meria With Daniel Karslake “For the Bible Tells Me So”

Meria With Daniel Karslake “For the Bible Tells Me So” 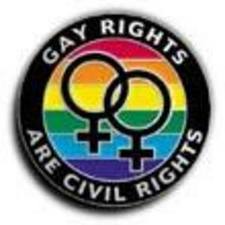 5/27/08 Daniel Karslake, write, director and producer of “For The Bible Tells Me So” joins Meria today. Does the bible really condemn homosexuality? This movie won 10 awards so far; choosing between religion and suicide; bible used to create “the other” for centuries; literalists (also capitalists) pick and choose scripture; 1 suicide every 5 hours!; Dick Gephardt’s reaction to his outed daughter; Cheney & his daughter; the word “abomination”- original meaning “against ritual”; does your religion separate you from your children? James Dobson’s Focus on the Family -compares gays to Nazi’s (lots of blood on his head); Why was Sodom and Gomorrah destroyed? Using the bible to subjugate women; the 2 stories of Eve; Is your god inclusive or exclusive?