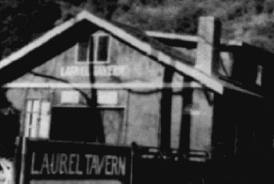 6/26/08 Another episode of “Send in the Clowns” With Dave McGowan, and Meria. what and where is Laurel Canyon? music scene of 60’s thru 80’s – sons and daughters of military intel scene; Charles Manson is all over this; Vito and the Freakers – who were they? What were they? Karl Franzoni – his partner; the lst hippies; the Byrds & the Freaks; pedophilia, drugs, orgies, live sex shows with children; Similarities to Manson; Male brothel in Laurel Canyon at the same time -clients: J. Edgar Hoover, Timothy Leary – anti stop the war CIA asset; Mind control; Zappa’s parenting skills; Gene Vincents death on 10/12 and Aleister Crowley (who was he?); Chuck Barris; John Denver? Vito’s commuted sentence and strange death of his child; snuff films; the Black Cape fad of the freaks and David Crosby; Vito’s memorial service held on the infamous date of Halloween, a theme throughout this story.