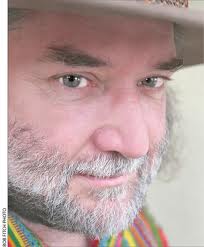 10/6/08 David Blume joins Meria to discuss his excellent book “Alcohol Can Be A Gas, Fueling an Ethanol Revolution for the 21st Century”. This book dispels a lot of myths about ethanol. What did Washington do to early patriots? Alcohol as fuel (it’s not new); liquid solar energy; does ethanol have to be corn? the history of apples; Rockefellers hand in the demise of alcohol; Model T-flex fuel vehicle; Flex fuel cars in US since 1994; gasoline-carcinogenic; alcohol-clean; burning oil’s toxic waste; Elites vs.the rest of us; Washington’s draft of 20,000 to KILL farmers; Rockefeller & the Temperance Movement; the American Petroleum Institute; Germany’s co-op alcohol distilleries; Arresting Americans; WW1 used 1/5th of oil supply; Who was Jack Dailey? Why were his records expunged? Food vs. fuel – another myth; millions spent on propaganda, and more.