Send In the Clowns – The Lincoln Series Begins!

Posted about 12 years ago | 3 comments 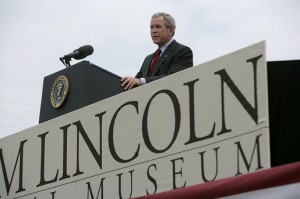 A Case For Reincarnation?

4/20/11 Send In the Clowns returns with Meria & Dave McGowan on “The Lincoln Series”. Lincoln’s assassination rolling out by Hollywood, the entertainment arm of the CIA; Idolizing Lincoln? Why? 4/14/1865; multiple layers of lies is the official story; Learn about Lincoln as you never did; Lincoln and his wife were despised; was Mary Lincoln a spy? Lincoln was a corporate attorney; John Wilkes Booth -small part of a larger conspiracy; was Lincoln really the 16th President of the United States? Succession and the civil war; JW Booth an actor with deep political connections, the ugliest man alive; mind control; the Hellfire Club; 10 main conspirators according to official “story”; from kidnapping to murder; the simultaneous attacks that day; Mary Surratt; suicides, murders, insanity; Thomas “Boston” Corbett (Jack Ruby of assassination); who was punished, who wasn’t. This kicks off just the start of our Lincoln series. Stay tuned.

3 Responses to "Send In the Clowns – The Lincoln Series Begins!"