02052023Headline:
Home History Meria With Webster Tarpley on Romney and the Mormon Traditions

Meria With Webster Tarpley on Romney and the Mormon Traditions

Posted about 10 years ago | 2 comments 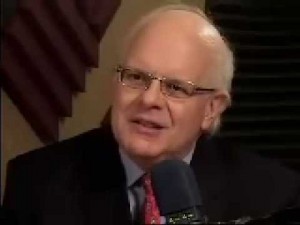 11/1/12 Meria interviews investigative journalist Webster Tarpley on his latest book a must read pre-election: “Just Too Weird, Bishop Romney and the Mormon Takeover of America: Polygamy, Theocracy, and Subversion” available in hard copy or ebook. Webster also wrote similar books on Obama. This one is a MUST and a final warning for Americans that love their country. the CIA Mormon Mafia and the assassination/stand down in Benghazi; Flip flopping “I love my faith” Mitt; the first non-christian president of the U.S.? No one mentions it. Mormonism is a separate religion and foreign country in the US; Billy Graham: “Beware of the non Christian cult, Mormonism”; Mormons anti-American agenda; hatred of Americans, Theocracy – Elohim of Planet Kolob; Men get a whole planet, women get to be sex slaves and blacks get to be servants in Mormon “heaven”; Poly-theism, Polygamists in our midst (Warren Jeffs); the White Horse Prophecy (is it Mitt?); the Council of 50; Smith & Young both convicted multiple times of TERROR and Treason; Mormon private armies; Deseret – an independent country; Ron Paul’s collusion with Mitt Romney -deregulation of marriage, destruction of social programs; Rand Paul a racist freemason; Paultards; John Birch Society a tentacle of Mormonism; Brent Scowcroft on 9/11; no military service; Huntsman – Romney’s cousin; Polygamy and slavery 1856; big whig Mormons in office, FBI,CIA, etc; the “Oath of Vengeance” against the U.S. George Romney is league with the Nazi’s; white supremists; Karl Rove a cryto-Mormon; Where Mitt gets his flipflopping ideas from and what we can expect under a Romney/Ryan administration. Don’t say a WORD until you’ve read this book yourself. *First time the word terrorist was used in America was by President Buchanan describing the Mormons. This is what Romney believes so it matters.