Posted about 9 years ago | 4 comments 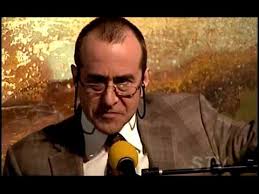 7/29/14 Meria Interviews Professor Mark Crispin Miller of NYU, author on Forbidden Bookshelf, books that get disappeared in America; we don’t “ban” books, we vaporize them;the unavailability of many books; local banning of books; pressure on publishers and reviewers;getting dismissed as “conspiracy theory” – started with the CIA in the 1960’s; revivals of books –Open Road Media; true history;the Warren Commission;CIA’s top 5 to discredit truth;the books they are bringing back;elite conspiracy;why high crimes of our govt are laughed off; the Nazi agenda in the USA; the Dupont Dynasty – Wall St’s backing of Hitler and Nazi’s; who stopped the release of the JFK files lately? CIA and the media collusion since the 1970’s; journalists working for the CIA; the press today on important stories fighting a propaganda war; and much more.