Conversations With David – with Meria and David Icke 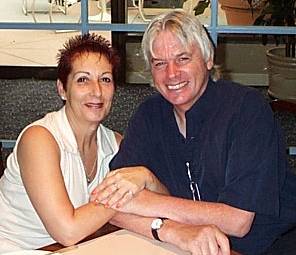 8/19/14 Conversations With David with Meria and David Icke.  Wembley Event October 25; “crazy is normal in a crazy world”; Pedophilia exposed – David’s been on it since 1998; vindication? the deadly trio:Secret Societies, Satanism, Pedophilia; Princess Diana and her friend Christine Fitzgerald;Jimmy Savile, known pedophile, necrophile was mediating between Diana and Charles;Savile & Margaret Thatcher;nest of pedophiles;D.C.-The Franklin cover up;Diana’s affair and who fathered Prince Harry?Diana called the Windsors lizards and tried to escape;micro-frequencies;What does Gaza have to do with all this? Everything is connected, nothing is random; The Middle East Union; Gaza is a wake up call to the people of the world to the scale of evil we are dealing with; lead up to WW3; demonizing Russia;Ukraine shot down MH17;ISIS-100% armed, trained, funded by UK/US/Israel – why? the end of Nation States; Ferguson – an expression of the plan; hiring by personality types for law enforcement, especially those without empathy – sociopaths,narcissus;psychopaths;police basically untouchable;this all started on 9/11/01 – who benefitted?

2 Responses to "Conversations With David – with Meria and David Icke"