07012022Headline:
Home Guests Meria With Ryan Cragun -What You Don’t Know about Religion (but should)

Posted about 8 years ago | 3 comments 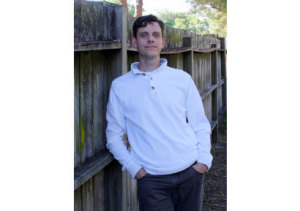 9/30/14 Meria interviews sociologist Ryan Cragun on his book “What You Don’t Know About Religion (but should)”. Religious fundamentalism and conflicts/wars;unwilling to compromise; atheists more knowledgeable about the Bible than most religious;why people leave religion;millennials reject it;social issues and hand picking scriptures to justify discrimination;81% of all abortions are women in religions;are we a “christian” nation (data); Founding Fathers based this country on enlightenment not religion; how many religious people actually go to church? the exodus from religions; secularization;religion vs. reality; Patriarchal religions-control women; disfellowshipped; pro-family or pro-religion? Keep that tithing going; Book of Mormon a work of fiction;humans created religion;the intelligence/education/financial/health of religious people; shunning science;what does religious freedom mean to fundamentalists? abstinence-early marriage;does religion make people happier? who dies better? discrimination against atheists in America and lots more.