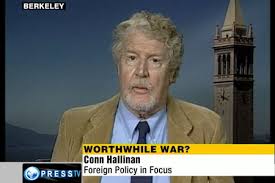 11/25/14 Meria Interviews Conn Hallinan,Columnist for Foreign Policy in Focus and journalist; What’s going on in the Arctic? Who’s involved? military posturing; gas/oil and new shipping routes, could it lead to war? Who owns the sea? “Law of the Sea”-US not a signatory; economic zones and territorial waters; Hans Island;Tensions in East and South China seas; Asia pivot by US; Japan vs. China; potential for nuclear war; US reserves first strike capability; Syria’s civil war- another quagmire for the US; American exceptionalism pushes us into these wars; Losing in Afghanistan for 13 years now; 60% of world’s energy reserves in Middle East; China’s agreements with Russia; Snowden’s revelations – what were they spying on? Petrobras in Brazil; Carter Doctrine of 1979; US has more foreign bases than the British Empire did; US going the way of the British Empire; African Union – Libya; $1.5 trillion on F35 that doesn’t work – poverty at home; student debt;$70 mil an hour spent on “security”; alternative energy would create jobs; wars for water; US dollar being replaced as world currency as the pound was and more.