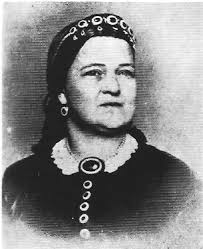 11/19/14 Send In the Clowns with Meria and Dave McGowan. Charles Manson, 80 to marry 26 yr old – why? the revival of Laurel Canyon; child abuse in entertainment, politics; Bill Cosby-serial rapist? Stephen Collins; John Denver’s “crash”; celebrity low lives; LAPD gearing up for Ferguson? WTF? Was it all staged to create race riots? Where’s our “black” President on this? Set up? Lincoln 150 years later; Mary Todd Lincoln what did she know and when did she know it? unanswered questions abound; Lincoln’s habits made him an easy target so why the theater? public spectacle – like 9/11 and JFK; Parallels with JFK, RFK & 9/11; never change a working M.O.; Did Mary Todd have foreknowledge? Bought $25,000 in todays money or mourning clothes weeks before; hired his slacker bodyguard who abandoned post; the news was published of the assassination hours before it happened (like Bldg 7); No charges against his missing bodyguard; no repercussions; John Wilkes Booth’s calling cards; both civilian and Govt telegraph systems went down for hours; Lincoln hadn’t decided to see the show until the day of it and more “irregularities”.