Posted about 6 years ago | 5 comments 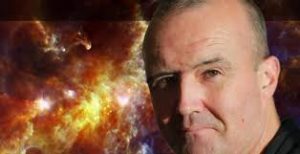 1/18/17 Meria’s guest is  Richie Allen of The Richie Allen Show. Snow in Spain and Italy – weather modification;Dennis Kucinich on chemtrails and dept of peace; two sides of same coin – US election; what happens when trump let’s his people down? Netanyahu; Votescam;Best Democracy Money Can Buy; All countries spy on each other;Mad Dog Mattis;Eric Prince/trump/Betsy DeVos;Exxon Mobil; is trump authentic? Pence a Rothschild/Zionist;Bush & Putin;Vaccines;trump and Hollywood;where’s the anti-war movement? Most Americans don’t know we’re still at war;Theresa May and Brexit and world citizens; the  Hunger Games agenda; artificial intelligence and “jobs” and much more.

5 Responses to "Meria with Richie Allen"