Posted about 6 years ago | 2 comments 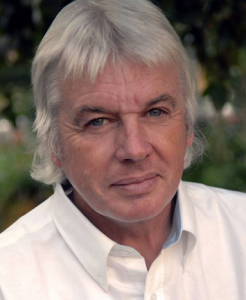 2/22/17 Conversations with David Icke with Meria. Humanity is stirring awake; the media; alternative media;Germany venues;David’s tour Cities; there is no physicality; depth of illusion; divide & rule; trump chaos deliberate, the currency of control; immigrants and refugees; no shades of gray; the perception of trump vs. reality; trump was selected; Pence;trump irrelevant to those in the shadows; Impeach? Civil war? class warfare;non-participation; hunger game society on deck; the military cabinet-what about Posse Comitatus;military police state;9/11 the trigger for a lot; PNAC; Countries listed for regime change; trump and Israel; Iran; 911 and the demonization of Islam; Bin Laden;Afghanistans drugs; Saudi Arabia -extreme Islam; any positives? see beyond politics; the Constitution and executive orders and much more.

17th Year on the net! Education you don’t get anywhere else – commercial/censor free. Subscribe to access/download entire site 24/7. Commercial Free because of your subscription. Alternative news that David Icke endorses!