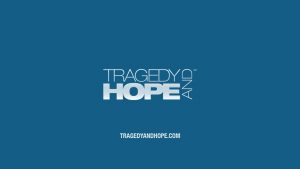 2/15/17 Tragedy and Hope, with Meria and Richard Grove.  the Election;Russian situation; tax returns? the right/left paradigm; the importance of doing research; divide and conquer; none of them represent us; Mike Flynn on ISIS; distraction stories;Anglo-American proxy; todays “statesmen” compared to the past; reality star in the White House;class warfare; 8 men own 1/2 the worlds wealth; the overall agenda of the top .01%; paid provocateurs; propaganda;fake news; stimulus and response; job mentality; all fake news put out fact & fiction;Israel’s apartheid; trump/Netanyahu/Silverstein buddies;Balfour Declaration; 9/11 – same people still in control; the movie “trump,What’s the Deal” (Netflix); Goldman Sachs, trumps cabinet and more.

17th Year on the net! Education you don’t get anywhere else – commercial/censor free. Subscribe to access/download entire site 24/7. Commercial Free because of your subscription. Subscribe while you can and we can still do this work.Support truly independent media!

One Response to "Tragedy and Hope with Meria and Richard Grove"