Posted about 6 years ago | 6 comments 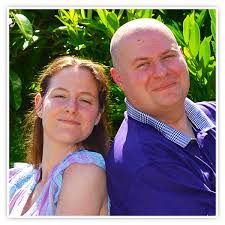 3/8/17 Meria interviews Michael Feeley on his latest book “The Secret of Christ, The Christos Code”. Michael spent 17 yrs as a policeman in the UK and then had a spiritual awakening. Discarnate spirits; the golden key;Is knowledge a privilege? Christ as the son or the Sun? Master astronomers;Egypt and advanced genetics; medical astronomy;Religion -where does it come from?what do words mean? Church-Circe;Sin? hell is fiction-control system;Bible stories as astronomical events;Atoms or Adam? belief systems; religions devalue women;Ra, the Sun; Jesuits control the Catholic church-jews/zionists;US under maritime law, a corporation;Black Pope;Bloodlines of all U.S. presidents;Cesare Borgia; 4 gospels and their names; electromagnetic forces – angels and humans; the goal of the OWO; multi-dimensional beings and lots more.

17th Year on the net! Education you don’t get anywhere else – commercial/censor free. Subscribe to access/download entire site 24/7. because of your subscription. Support truly independent media -endorsed by David Icke.

6 Responses to "Meria with Michael Feeley-The Secret of Christ"