The True Science Hour with Meria and James McCanney 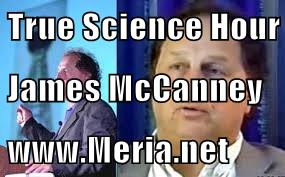 11/18/14 The True Science Hour with Meria and James McCanney, Physicist.The extreme cold weather across the country; Deviation from normal weather map; Polar vortex? Made up word no such thing; the Sun is putting out a lot less energy; solar cooling; solar minimum in 2006; fusion on the surface of the Sun creates electrical fires; Another Ice Age? Anyone’s guess; U.N. climate change report-all One World Order baloney.All about political control;”Day After Tomorrow” can it happen? Is it? less energy being produced by the Sun; the landing on the “comet” justifies James work on comets – no ice no water; one hot dry rock 67P; nothing coming off it’s nucleus; Mars comet last month and it’s repercussions; Virgin Galactic incident and the Orbital rocket blow up – sabotage? Engine failure? impossible story; who doesn’t want space privatized? Google going into the space program? Obtaining Moffett Field, NASA base; John Denver’s “crash” not an accident – why was he targeted? what was he up to with Russia? controlling water and resources; Ebola – military grade bioweapon injected into the public – what will they do around Christmas? Why? the goal of the ebola scare was troops on the ground; planned chaos; bringing down what’s left of the economy; changing the monetary base of the world; national currencies not connected to the Central bank; President of Italy on euro & ISIS; Americans not welcome in 80 countries; what to do?