12072022Headline:
Home Assassinations Meria With Dick Russell “On the Trail of the JFK Assassins”

Meria With Dick Russell “On the Trail of the JFK Assassins” 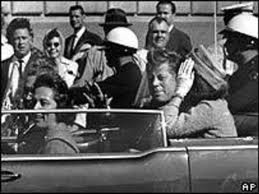 3/4/09 Meria interviews Dick Russell on his latest JFK book “On the Trail of the JFK Assassins, A Groundbreaking Look at America’s Most Infamous Conspiracy”.  45 years and we still don’t have the truth of 11/22/63. Some records sealed to 2038; anti Castro Cubans?-false rumors; 9/11 & JFK; domestic conspiracy; JFK the movie; Garrison was a hero; How many Oswalds were there? spies have long used doubles; Ramsey Clark and Clay Shaw; anti-semite for questioning the Warren Commission!; Zapruder film – developed by the CIA lab; killing the spirit of the 60’s; 1978-Assassination was RULED a conspiracy; Jack Ruby (Rubenstein)-Mob – Oswald; 3 earlier plots to kill JFK; Richard Nagel “the man who knew too much”; Dick’s meeting with Jim Garrison; David Ferrie “Oswald didn’t kill the President”; this is no conspiracy theory it’s an historical examination of a TREND; The Manchurian Candidate; MK Ultra; 2 autopsies done; Andy Williams on the assassination and lots more.