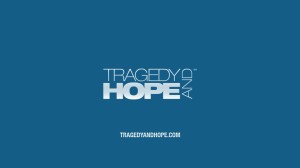 10/29/14 Tragedy and Hope with Meria and Richard Grove. Higher education, how much we don’t know; nothing wrong with the dark ages? Were they really dark? Carol Quigley “Tragedy and Hope” plan to economically cripple USA; 9/11 and Project Constellation; Episode #85 of Peace Revolution; Google, NSA all spying on us, not terrorists; 9/11 used as the excuse for police state; “terrorists” won; NDAA, Patriot Act; privacy-truth-freedom; what kind of revolution is needed? unequally armed with police’s war machinery; Snowden “Prism Program”; paranoia; pharmaceuticals; metadata used to kill people; surveillance failures; Bill Binney – NSA Whistleblower – NSA has gone rogue; misuse of taxpayer money; the Hive mind producing yes men; how to protect yourself; the role of propaganda;fear makes us ignorant; ebola panic; who developed ebola, when and why? learn to outgrow the status quo; be a doer not a viewer.