Conversations with David Icke and Meria

Posted about 7 years ago | 2 comments 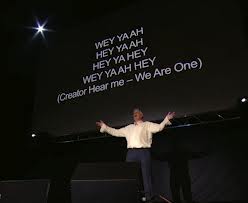 12/9/14 Conversations with David with Meria and David Icke. Wembley was fabulous, streaming on David Icke.com; the abuse and violence of police worldwide;hard to not get emotionally connected;change energetically;see beyond the system;visible light;the nature of reality;variations in the human and animal species – why not other species elsewhere? belief systems-no evidence needed; pedophilia exposure – David exposed it in the 90’s in “the Biggest Secret”; human life as a point of attention; UK, US police trained by Israeli police – psychopaths; don’t allow “divide and rule” we are all one; war on freedom; rewiring young brains through technology; eliminate human jobs; violent video games creating psychotic tendencies; artificial intelligence-what’s the goal? is your brain being conditioned?

2 Responses to "Conversations with David Icke and Meria"