Solid Gold: Meria with Kitty Kelley on the Bush Dynasty

Posted about 7 years ago | 2 comments 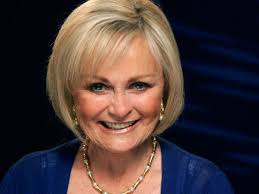 10/20/15 After 10 years finally able to reconstruct this fabulous interview with Kitty Kelley on her book “The Family.The Real Story of the Bush Dynasty”. Her own family gave her crap over the book; lost her job on the Washingtonian because the book was too much personal information on the Bush family. McCarthyism. Opens with “Frat Boy” by the Compassionate Conservatives back in the day. This show was originally aired August 16, 2005. Prescott Bush – most principled member of the political Bush family! George H.W.Bush -amoral right winger; changing war story; America’s “class system”;womanizing George HW Bush;Jennifer Fitzgerald;Bill Clinton;Trading with the enemy; “family values”;ends of separation of Church & State apparent; Laura Bush; Hillary;loads more.

Education you don’t get anywhere else – commercial/censor free. Subscribe to access entire site 24/7. Commercial Free because of your subscription , all downloadable.

2 Responses to "Solid Gold: Meria with Kitty Kelley on the Bush Dynasty"