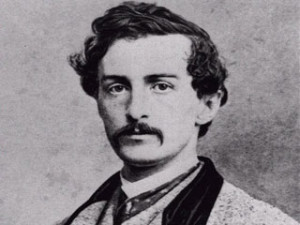 5/21/14 Send In the Clowns with Meria and Dave McGowan. The Lincoln series continues. We start out with the fires in the SouthWest; Dave’s New Book, interviews, reviews “Weird Scenes Inside the Canyon, Laurel Canyon,Covert Ops & The Dark Heart of the Hippie Dream”. John Wilkes Booth – accused of rape; wealthy, famous “ladies man” like his father; His dad had two families, he was the 9th son of his 2nd family, a bastard; Were they spell-casters? Membership in the Hellfire Club, loaded with whores, freemasons and satanism;Ben Franklins home renovation five years ago and the find of 10 bodies within; Theresa Booth the wife of Tony Blair; The Booth ties to power structure in London and Washington;William Sewards – Secy of State – attack at his house hardly mentioned – was it fabricated? More injustice, broken law,manufactured evidence and witnesses and irregularities than 9/11; President Johnson choose to ignore his subpoena, no problem;7 week trial, only 12 objections? All over-ruled anyway;Military trial for civilians? Why was John’s brothers picture in the courtroom instead of his? So many unanswered questions.  Any difference today?

No advertising, gold, corporate or government funding, only your subscription. Subscribe now for total access to site 24/7.