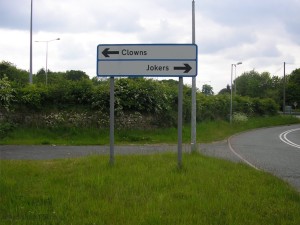 3/17/15 Send In the Clowns with Meria and Dave McGowan. State of California; NASA engineer says we can’t get past the Van Allen radiation belts to go to Mars (how did we do it in 1969?);no suitable spacesuit either;the “artifacts” in Neil Armstrong’s closet after 40 years; are the cop shootings being staged? irregularities;stories keep changing;what’s the goal? Federal cops? standing army?begging for our own enslavement? McCullough’s grand jury;Chris Dorner redux; changing the national dialogue; who can we call (look in the mirror); the Boston Bombing “show trial”; Who/what is Judy Clarke? Who else did she “defend”; Why is Tsarnaev quiet? why aren’t witnesses being cross-examined? what would be his best defense? extensive photo evidence disproves witnesses, none shown or used (see Dave’s site for it); the Jeff & Carlos story; Police killing over 100 Americans a month-now judge, jury and executioner and more.