Meria with Donald Jeffries -Survival of the Richest 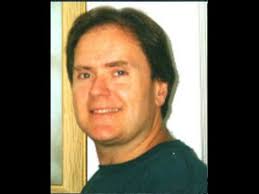 6/21/17 Meria interviews Donald Jeffries on his MUST READ book “Survival of the Richest,How the Corruption of the Marketplace and the Disparity of Wealth Created The Greatest Conspiracy of All”. Stop fighting each other and blaming the poor and learn who really controls EVERYTHING. Money in politics and stolen elections the norm;”don’t think the rich will ever let you vote away their power”; Corruption everywhere; blaming the poor while the rich and corporate whores pay nothing, give nothing; nepotism rules;trump admin and his family – rule by the rich;No.Korea/Iran/Syria;why do we value the rich so much?Celebrities overpaid and we worship them?bonuses of CEO’s even if they fail; minimum wage; elected someone who is against a livable wage in Georgia;college conspiracy; divided country economically; class warfare; immigrants;5 men own 50% of wealth; universal living wage? deaths of despair; what do our young have to look forward to?60% of Americans have less than $500 savings;rediculous income of leaders-political,religious,self help, etc. I recommend everyone in the USA read this book and get smart.