Meria With Donald Jeffries – Survival of the Richest

Posted about 5 years ago | 4 comments 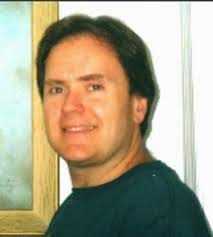 6/26/18 Meria with Donald Jeffries, author of “Hidden History” and “Survival of the Richest”.  40 million slaves in the world today; concentration camps in USA will they be slaves too? Rex 84 camps;1984 – Is trump Goldstein?Harley vs trump; tariffs; the tax giveaway; inequality of wealth since 1930’s; elimination of due process;Job stats ; fake unemployment rate;Idiocracy and Pres. Comacho;fascism; draining the swamp? democrats do nothing; the shrinking middle class at 40% now; rents;inflation;wages are too low;American greed; anxiety over white extinction; immigrants pay more taxes than Amazon, NRA,GE, trump; it’s CLASS WARFARE;we have a caste system in America;solutions? Huey Long; Cynthia McKinney; taxation without representation and more.

4 Responses to "Meria With Donald Jeffries – Survival of the Richest"